Tesco plans to boost sales by launching a new ‘Brutally Honest’ range of no-nonsense sandwiches, intended to appeal to savvy consumers who are perfectly aware what they are eating is absolutely awful. 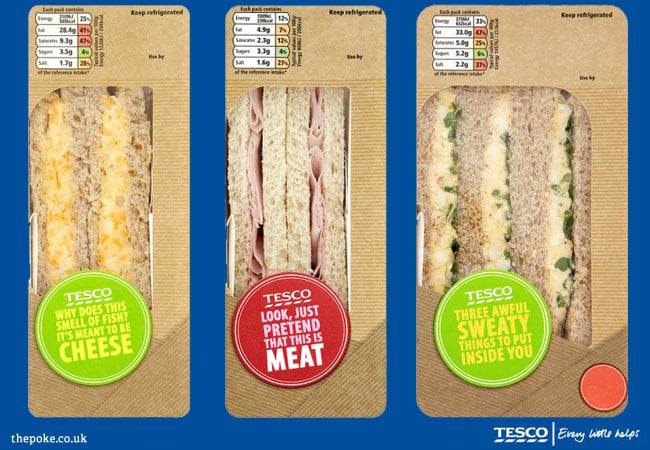 “These days customers are far more aware than ever before of exactly what is in processed food,” said a Tesco spokesman.

“We hope that the Brutally Honest™ range of sandwiches will bring a more truthful and sincere touch to the depressing experience of eating a supermarket sandwich while hunched over a computer keyboard angrily scrolling through your Facebook feed.”

If the range proves successful, the supermarket says it may expand the concept to other products, including ‘British Whole Milk From A Broken, Suicidal Farmer’, ‘TBH We Have No Fucking Clue What’s In This Cottage Pie’ and ‘Strawberries Probably Picked By Children’.