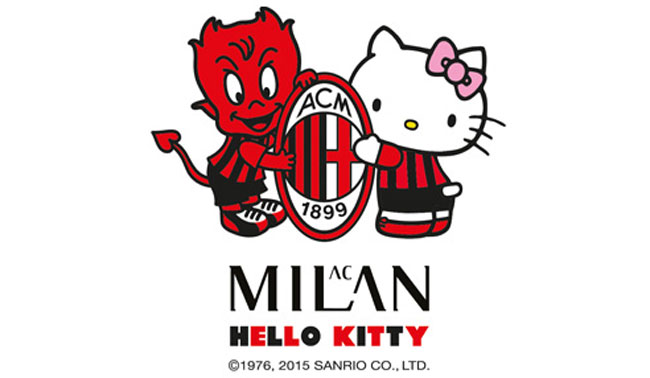 The Italian side and the Japanese company are going to release an exclusive collection together in mid-April, according to the offical statement on the AC Milan website (which also features a version of the cub logo and the cat).

Jaap Kalma, the Milan Commercial Director said: “Milan has always associated itself with Italian and international companies that represent excellence in their sectors. For this reason we decided to join forces with a brand like Hello Kitty, a prestigious and important character.”

The project will be launched in Italy and then taken all over the world starting with Asia and Japan in the second half of 2015.

April Fool or real – you decide. If real, it’s still less depressing than Liverpool partnering up with Dunkin’ Donuts…