After a bag of air from a Kayne West gig attracts bids of nearly £40,000, the auction site is now overrun with people selling similar items, reports Rolling Stone. 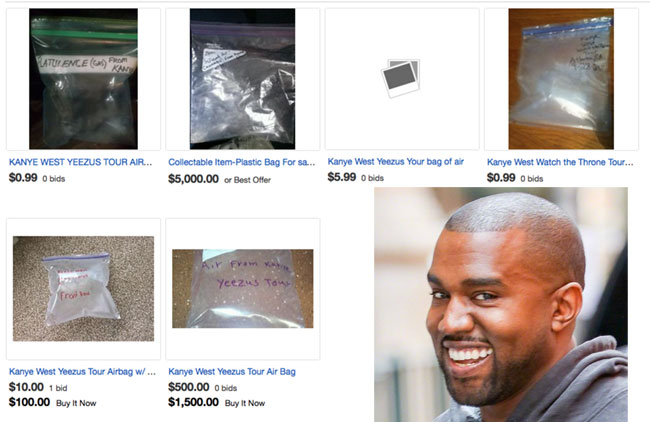 According to the Telegraph, it kicked off on Friday when one ambitious eBayer attempted to sell a Zipperseal bag with “Air From Kanye Show,” with 90 bidders driving the price tag to over $60,000 (nearly £40,000).

This inspired a rash of similar items like “Ziplock bag of air from Garth Brooks concert” and “Kanye West Concert Air-Infused Bay Leaves.” On eBay UK on seller is currently offering one such bag for £280 (thankfully P&P is included) 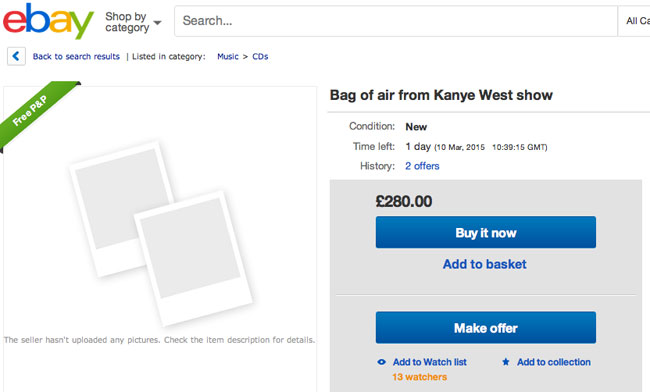 The perils of not thinking through the #YourMum hashtag

Stop what you are doing. Hornchurch Park just put up a #weaselpecker sign