Artist installs cocaine snorting statue in Hollywood ahead of The Oscars

Hollywood’s worst kept secret was exposed in broad daylight this week, by an LA street artist.

The cocaine snorting sculpture is positioned on all fours and snorting two lines of cocaine. 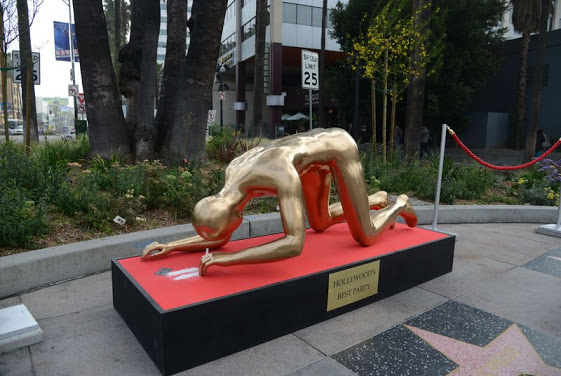 Street artist Plastic Jesus placed a life-size Oscar statuette on Hollywood Boulevard at La Brea Avenue on Thursday morning, at the edge of where the street will be closed ahead of Sunday’s awards – reports The Hollywood Reporter. 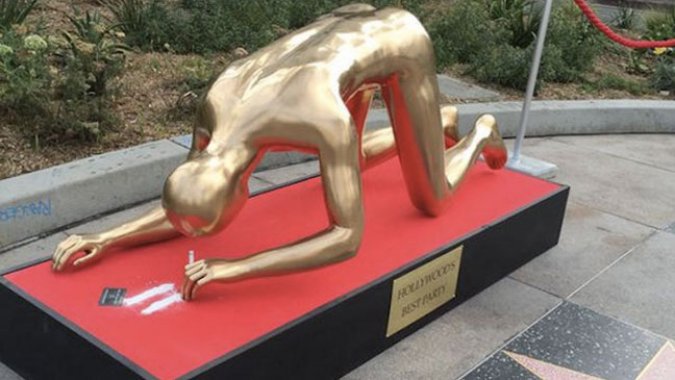 The drug-using carving is also adorned with a plaque that reads, “Hollywood’s Best Party.”

“The piece is intended to draw attention to Hollywood’s hidden problem of drug addiction that effects hundreds of people in the showbiz industry and is largely ignored until the death of a high profile A list celebrity,” said photographer Nick Stern, who works with Plastic Jesus. 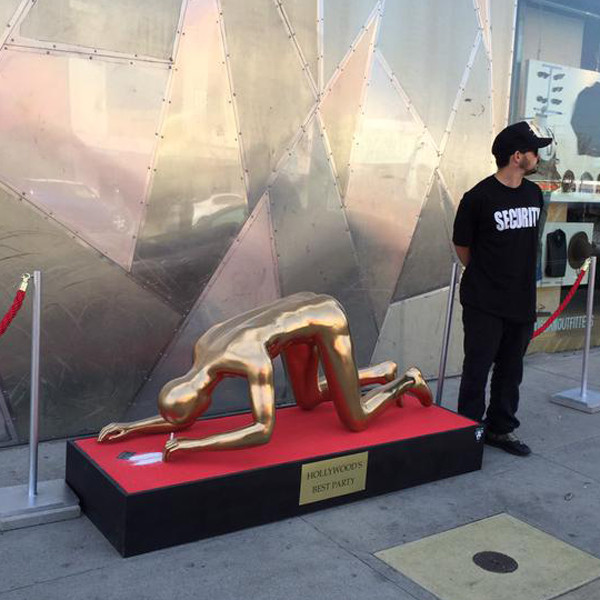 The artist has been forced to remove it after a “grouchy, old man started ranting about it,” Plastic Jesus said.