Officials in Salem, Oregon are warning early morning joggers and park visitors to watch out for an owl that steals hats after at least four people were attacked in a month, reports the Guardian. 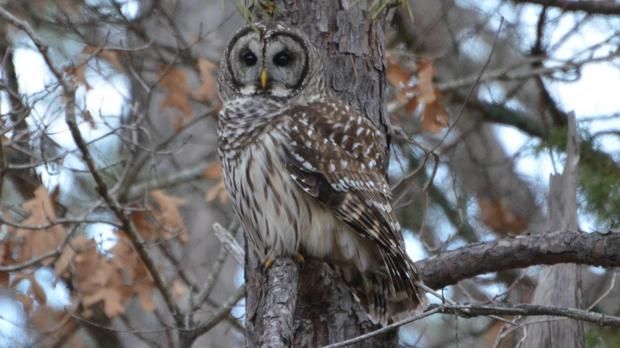 No one was seriously hurt in any of the four incidents, with the latest happening to jogger Brad Hilliard, says the Statesman Journal.

“I turned around and my favorite running hat was gone,” Hilliard said. “I was just dumbfounded after the fact. I was like, ‘My hat is gone and I can’t see anything.”

According to Oregon Live, parks officials says it’s a barred owl that may be protecting a nest, and they hope will be less territorial after mating season ends next month.

Trending: Dogs argue over a ball

Awkward newsreader exchange of the day