This ‘Christmas Tree’ Sculpture In Paris Is Raising Some Eyebrows 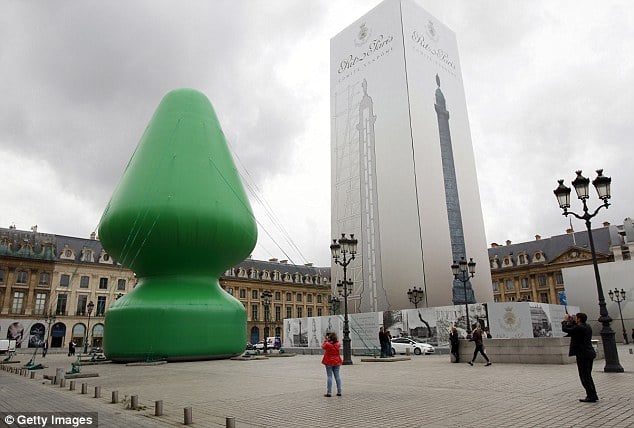 The 80ft-high object is raising eyebrows because of its uncanny resemblance to a sex toy, but is actually an installation by American artist Paul McCarthy. 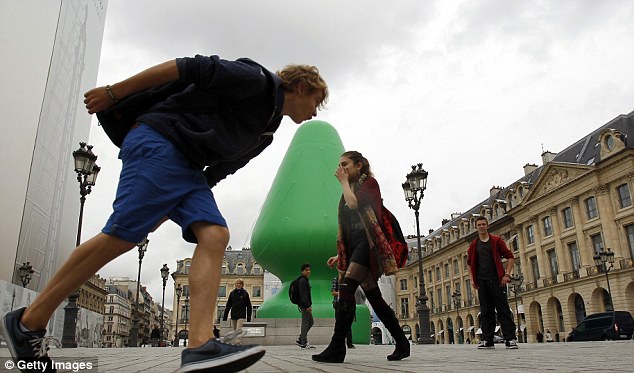 Simply called “Tree”, it is towering over the Place Vendome as part of a contemporary art fair.

Mail Online reports ‘The sculpture is accompanied by a gallery where the visitor is welcomed by a forest of similarly suspiciously-shaped Christmas trees, culminating in a room full of chocolate figurines, including some of Santa holding – perhaps unsurprisingly – the same sexually suggestive symbol.’ 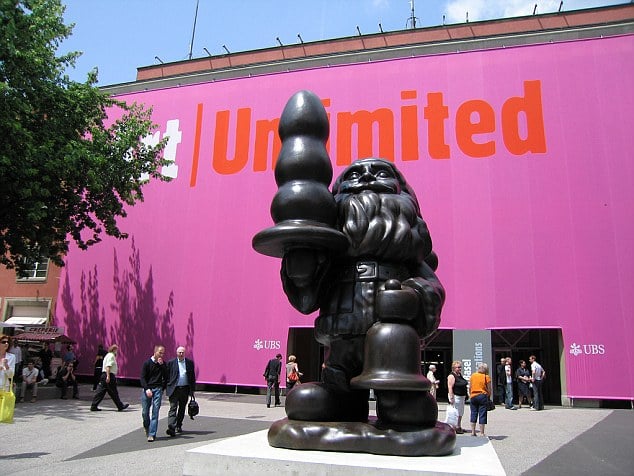