Estate Agents To Be Culled In Bid To Avert Housing Bubble

Housing News: Around 10% of estate agents will be publicly executed as a warning to others, in a bid to avoid another UK property crisis. 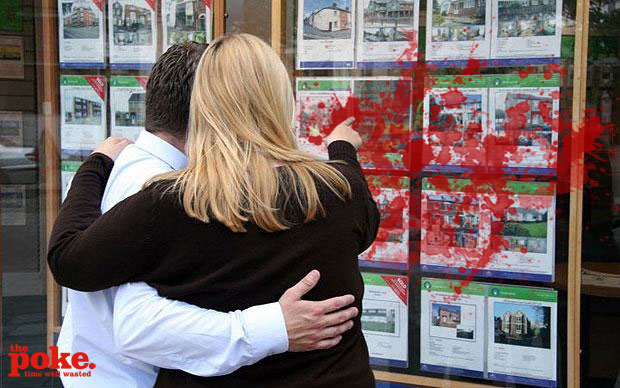 The controversial cull will begin next week, when a tenth of estate agents from high streets across the U.K will be shot and strung up from lampposts, in a desperate bid to slow down the housing market and avoid another property bubble.

It’s hoped the sight of dead estate agents swinging from lampposts will cause the market to become more cautious, while also cheering up anyone stuck renting for the rest of their lives.

“This may seem like an extreme action, but it seems the only surefire way to stop people paying stupid amounts of money for shitty houses,” said a government spokesman.

“Obviously we will be asking for volunteers – elderly estate agents, or those in the profession who can no longer look at themselves in the mirror will be asked to come forward first. The rest will be chosen by how smarmy they are.”