TV News: People living outside of London are once again glued to their TV screens, after the eagerly anticipated return of the comedy show ‘Tube Strike’. 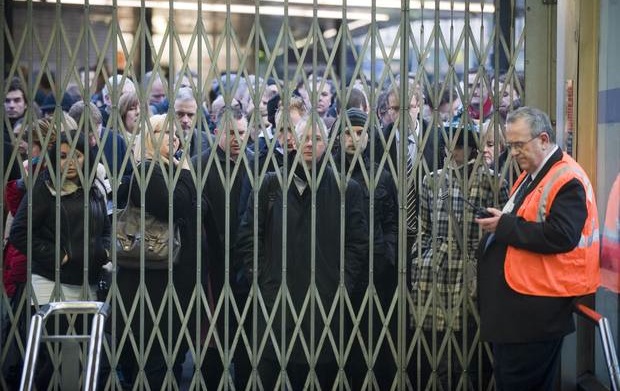 Footage of forlorn, frustrated commuters has proved a massive hit around the UK, with people sick of hearing about how great London is all the bloody time.

“Seeing Londoners crammed onto buses and having meltdowns outside closed tube stations makes for must-see TV,” said one man from Grantham, Lincolnshire. “I just hope they don’t leave it so long between series next time. It feels like a bigger wait than for new Sherlock.”

“And hopefully the show will run on into the summer this time, when the constant inconvenience coupled with boiling temperatures will really get to commuters!”

Shouldn’t Laugh But This Is Absolutely Hilarious

How To Survive The Tube Strikes