Tech News: A clothes horse bought several years ago has a startling similarity to an exercise bike, its owner has realised. 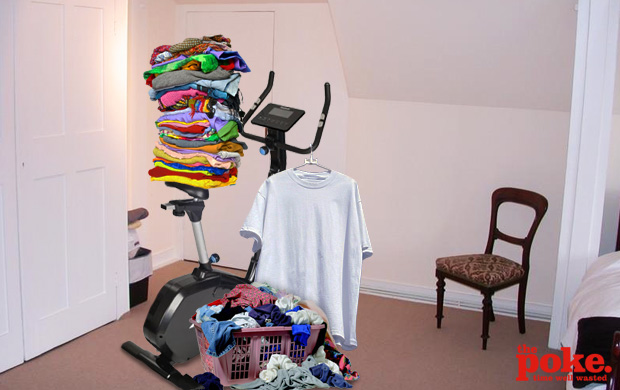 “I remember buying the clothes horse early one year when I was feeling guilty and fat,” said owner Ollie Lloyd from Bicester, Oxfordshire. “And clearly in need of somewhere to hang clothes. But I’ve never noticed the similarity until now, mainly because it’s always draped with vests and pants I haven’t put away yet.”

“It’s quite uncanny really – it looks exactly like an exercise bike.”

Since noticing the stunning coincidence Lloyd has started writing to both exercise bike manufacturers and clothes horse makers, suggesting they incorporate features of both into their designs.

“It’s clearly a million pound idea,” said Lloyd. “I’m just counting down the days until I can pitch the ‘Clothes Bike’ on Dragon’s Den.”