Water Cannon To Be Deployed In South-West England

Social Order News: The police say that water cannon will be deployed to the south-west of England, in order to quell any public protests over the government’s handling of the floods. 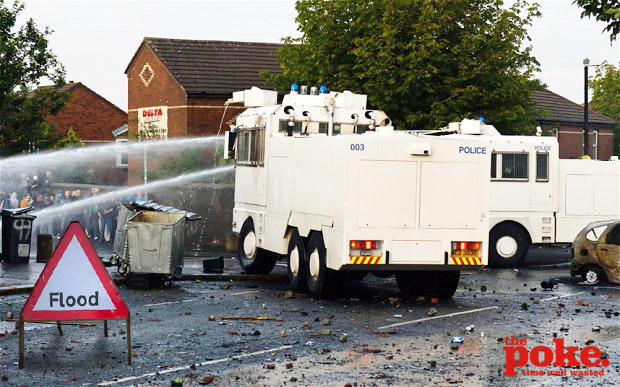 The Environment Agency has come under fire from the public for their handling of the floods in Somerset, and it’s thought similar protests could be seen in the south-west.

“The use of water cannon will fill a gap in the armoury of the police,” said a spokesman for Devon & Cornwall Police.

Devon & Cornwall Police say the use of water cannon does not cause significant injury and would not impact on public confidence in the police.

“The public still have every confidence in us,” said the spokesman. “Confident that by working in unison with the Environment Agency we can make everyone’s life pure, watery hell.”