Londoners ‘Never More Than Six Feet Away From An Artisanal Burger’

Pollution News: Health officials today warned those living in the capital that they are now never more than a few feet away from an overpriced posh burger. 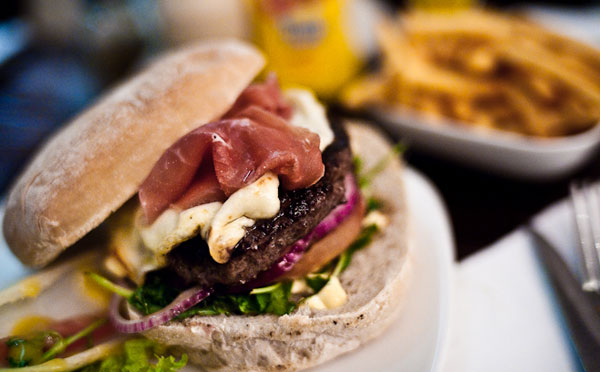 “Due to the overcrowded nature of London and the insatiable appetite of the population for expensive artisanal food, anyone who lives within Zone 3 will now be alarmingly close to a nest of posh burgers,” said Dr. David Prezo-Viando from the Department for Environment, Food and Rural Affairs.

Dr. Prezo-Viando told Londoners that early warning signs of an artisanal burger infestation include discarded slices of Monterey Jack cheese and the sound of a dullard banging on about how authentic burgers should taste.

Some eighteen months ago DEFRA issued a similar warning about the capital becoming overrun with posh BBQ shops selling nothing but pulled pork – but this crisis was averted after intensive work by the agency to convince people that pulled pork is nothing but pure bullshit.