Every Picture Tells A Story. This One Is Fabulous.

The drunk guy in this photo has never met Tom Hanks. He never will.

Hanks was sitting at the bar with his friend having a few beers, when he noticed this guy, passed out.. dead drunk. He went over to see if he was ok.

Hanks noticed that the drunk guy’s mobile phone was on the table, so he had the barman take couple of snaps and then put phone back in the guy’s pocket. Hanks and his pal finished their beers and left. 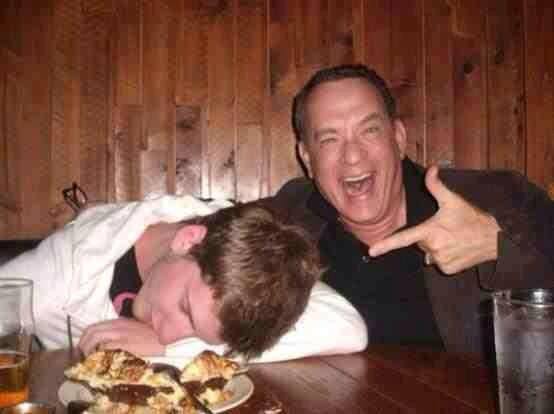