Redundancy News: A human resources manager who sacked thirty people is now wishing he hadn’t worn such a wacky tie during the redundancies. 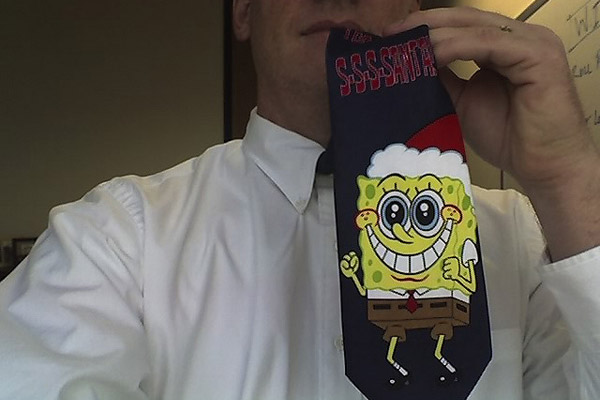 “It was one of the most harrowing experiences of my life, “ said another former worker.

“Getting laid off was bad enough, but the prick doing had the same fixed grin and wide glassy eyes as the Spongebob picture on his tie. It’s an image I imagine I’ll spend all of my redundancy money on trying to drink away.”

Harris maintains his choice of tie was appropriate and was intended to lift the mood, though he understands why some might have been offended. “It is a Christmas tie and some people do get upset if you celebrate Christmas a bit early,” said Harris.

“In hindsight I should have chosen something more sombre – like my Superman tie – then I could have bellowed ‘Kneel before Zod!’ in order to break the ice shortly before I sacked them.”