News News: The ‘sidebar of shame’ that features on the Daily Mail website is now so long it’s touching the third level of Hell, the paper’s IT department has confirmed. 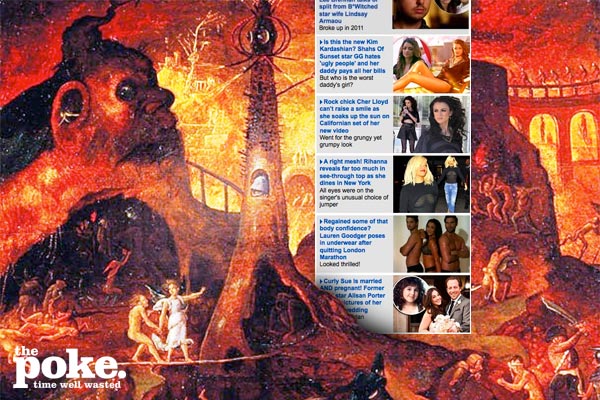 “We have now added so many diet scare stories, weight gain scare stories, creepy articles about celebrity children and pictures of soap stars in bikini’s that the sidebar has now broken out of the digital world and has reached into Hell itself,” said a spokesman for Associated Newspapers, who publish the title.

Experts predict that if the Mail continue adding stories to the sidebar it will fully connect with all nine circles of Hell by June this year – opening a rift between our world and hell that can never been sealed, regardless of how many front page apologies or grovelling retractions are published.

“It all makes perfect sense really,” said the spokesman for Associated Newspapers. “Like Hell, the sidebar of shame is a place of eternal suffering and punishment.”