Sinister News: A statue commemorating ex-PM Margaret Thatcher is now weeping blood and mysteriously causing the death of any birds in its vicinity. 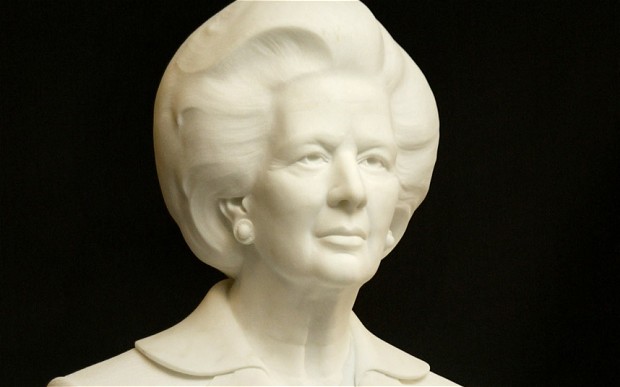 The white marble statue of Margaret Thatcher, first unveiled in 2002, was decapitated in the same year then later restored and put into storage in a special room in the House of Commons lined with pages from the Bible.

Since being placed into storage, the statue is said to be responsible for turning one cleaner’s hair white and the unexplained deaths of three overly-curious security guards.

A priest was called in to purify the statue of Baroness Thatcher, but was forced to leave after being covered in flies while a sinister voice demanded that he ‘get out’. A few days later, any crows within half a mile of the statue started dropping dead mid-flight.

“It was a creepy looking thing before it started bleeding from the eyes and killing birds,” said a House of Commons spokesman. “For a while we had it in the House of Commons canteen, but it always caused the milk to curdle.”

Check this out > Moonwalking Shetland Pony: The Sequel