Job News: The leaders of Britain’s business community accepted that women still face a glass ceiling today, and urged them to give it ‘a jolly good clean’. 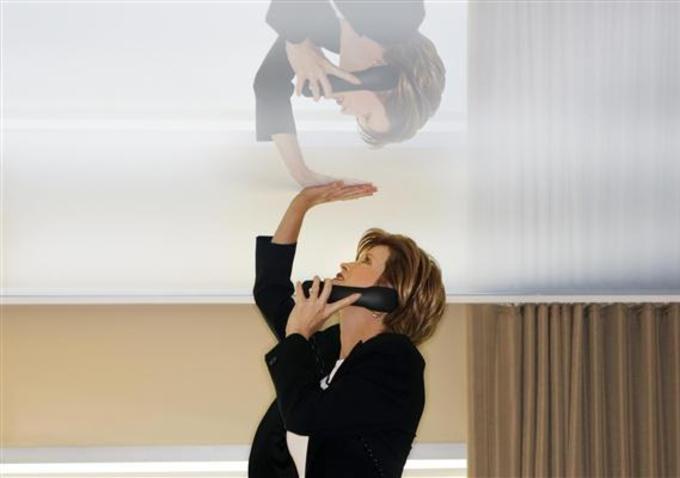 “All those pretty little noses pressed up against it have left it rather smeared,” said Kenneth Parsdale of the CBI. “Why don’t they just get on with what they’re good at – cleaning. And, of course, Faceboook.”

While some women have broken through to top jobs, research released by the CBI today shows that is either because they have slept their way to the top, or because there’s been some sort of dreadful mistake.

“I mean look at those two off Dragon’s Den – I mean really?” continued Mr Parsdale. “I mean honestly?”

“Women in positions of power should be stripped of those positions and sent to expectation realignment programmes,” said Tory MP Lucy Wells. “Take me for example. What on earth do I think I’m playing at?”

“Importance and power are the preserve of men, and no amount of drawing on moustaches with a biro or racing your brother to the ice cream van even though he is 48 is going to change that.”