Slow Walkers Cause 90% Of Global Anger

Pace News: A new study suggests 90% of the world’s anger is due to slow moving people dragging their big flat stupid feet, stopping you from walking at a decent speed. 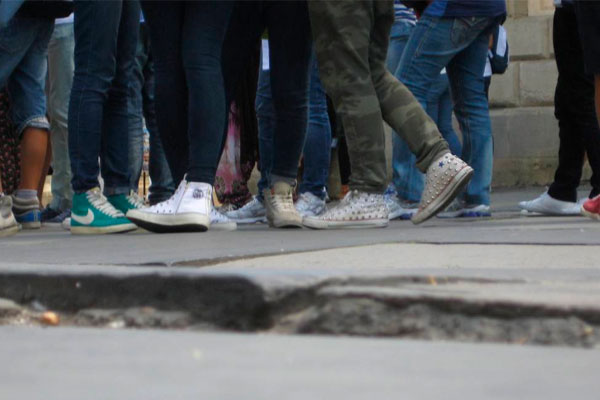 “Certainly war, economic crisis and injustice do contribute to us getting angry,” said Dr. Marŝi Malrapida from the Centre for the Study of War, State and Society at the University of Exeter. “But nothing winds us up more than some shuffling bonehead blocking the pavement and stopping us from walking at the pace we want.”

The study, conducted over a 5-year period in over 30 countries around the world, overwhelming shows that slow walkers are the sole subject of most world anger and are lucky they don’t get punched in the back of the head.

“In many ways these people are literally worse than Hitler,” sad Dr. Malrapida. “I mean, Hitler was pretty bad, but there are loads of these stumbling oafs blocking up the pavement for people who want to walk at a decent speed. In that sense, they are much, much worse than Hitler.”

Israeli Government Keen To Get #TeamNetanyahu Trending On Twitter