Mob News: Despite years of practice, angry mobs in the UK are still unable to spell the word ‘paedophile’ correctly when daubing death threats on houses or cars. 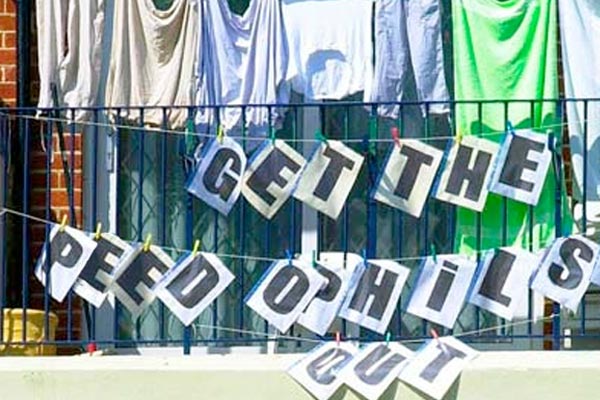 “The anger we have recently seen over Jimmy Savile is just a sad reminder that despite years of practice many angry mobs are still unable to spell the word paedophile,” said a spokesman for the National Literacy Association.

“If you’re going to write a death threat in excrement on a car windscreen it would be better if you could spell it correctly.”

The Literacy Association suggests that angry mobs should memorise a simple mnemonic to help them spell paedophile correctly in the future.

“Before going out we would like angry mobs to memorise the phrase ‘people always expect dinner on plates hardly in laps ever’. This will ensure the correct spelling of paedophile – you could also write it on your hand, but we appreciate it might rub off in the frenzied heat of the moment.”