Ed Balls snaps after millionth joke about his name

Labour News: Ed Balls dramatically snapped at the Labour party conference today, going on a violent rampage after hearing the millionth joke about his surname. 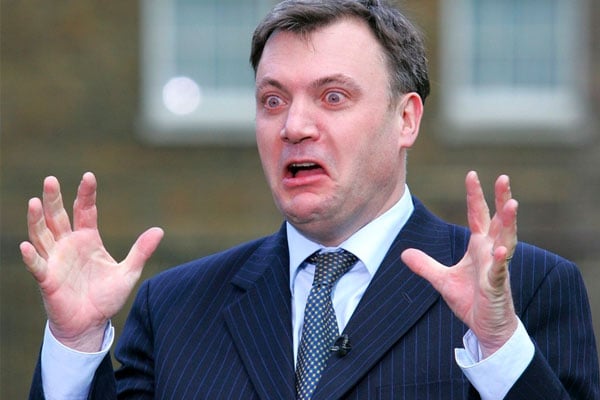 The Shadow chancellor is said to have heard a fellow Labour party member sniggering when a colleague asked Balls if the bag he was carrying was his ‘Balls bag’. Balls then reportedly picked up a chair and beat the man to death with it.

Balls, 45, then tore off his shirt and started screaming something about ‘one million balls jokes’. He then made his way through the conference hall, violently settling long standing grudges with those who had previously found his name amusing.

The rampage only ended when Labour leader Ed Miliband was able to subdue Balls with taser kept under the podium. Deputy leader Harriet Harman then captured Balls with a net she kept in her handbag for just such an emergency.

Balls is now resting at Manchester Royal Infirmary, under strict orders to not look at tomorrow’s headlines.