New Kindle to feature words that don’t even exist yet

Tech News: Amazon have revealed that their new Kindle e-reader will feature words that do no currently exist in the English language, as well as being fully backwards compatible with older words. 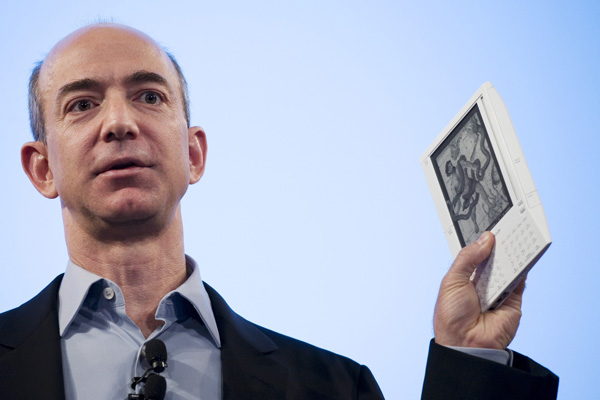 “The new Kindle will be able to display words like ‘nuqjatlh’ or ‘jIyajbe’ which we predict won’t come into use until some time in the early 24th century,” said Amazon chief executive Jeff Bezos at a special launch event in California.

“Likewise the Kindle will be fully backwards compatible with old English words like ‘tarry’, ‘nary’ and ‘betwixt’. It really is our most versatile e-reader yet!”

“The new words that the Kindle will be able to display really puts Amazon miles ahead in the e-reader market,” said Gavin Jones, deputy editor of the Bookseller magazine.

“For instance the Nook, a rival e-book by Barnes and Noble, isn’t even able to display common modern words – like jeggings, crunk or vajazzle.”