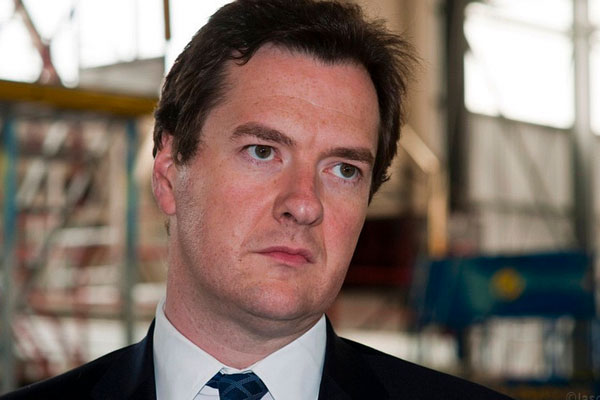 Osborne, who boasted to fellow students about how little revision he’d done, even suggesting that he had got ‘completely wasted’ the night before the exam, is nonetheless disputing the result.

“There is just no way I failed,” he told his mother, while fighting back the tears.

“I’m the Chancellor of the Exchequer for God’s sake, and if there is one thing I know, it’s that I know people who are good at numbers and stuff and they tell me all about them everyday so I know about it, right?”

However some insist that a fail was the only possible outcome.

“He turned up to the exam wearing a black suit and a bow-tie, as if he was going to the opera or something,” said one classmate who asked not to be named. “Some of his mates were sniggering but the rest of us thought ‘what a cunt’, as usual.”

“I don’t know how he managed not to get thrown out. He whizzed through the paper in about ten minutes, burped, then started rocking back and forth on his chair, singing to himself and flicking rubber bands at people. It was really, really annoying.”

The Poke managed to obtain a leaked excerpt of Osborne’s paper, which we publish below despite sources close to the Chancellor disputing its authenticity as it displays ‘clear evidence of joined-up writing’: 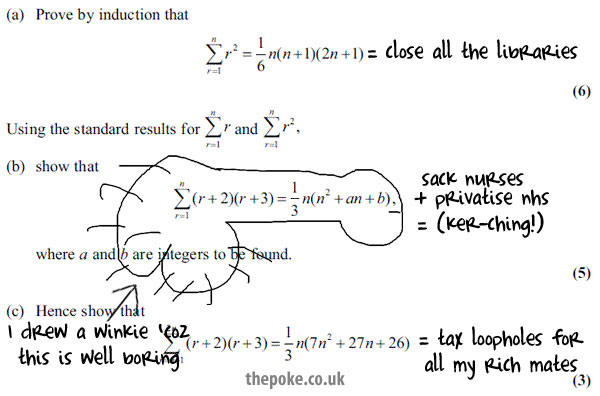