Problem families to be moved to derelict North Sea rigs

Housing News: Councils across England have approved the government’s new enterprise scheme to divert £450m of existing budgets in order to move the country’s problem families to redundant oil and gas fields in the North Sea. 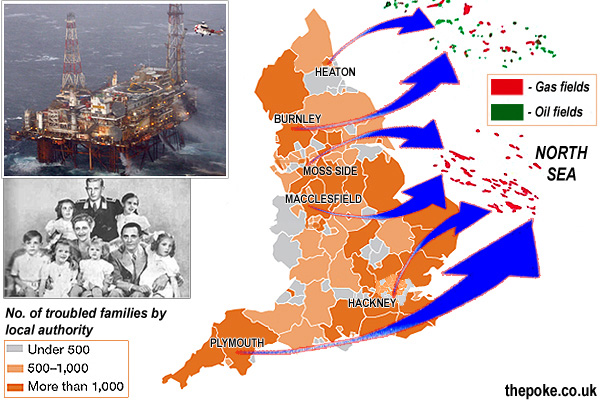 The government says that troubled families are to blame for the majority of society’s problems, which are said to cost the taxpayer £9bn every year. This is largely because they don’t work, their children skip school and the police are always visiting their homes – making them ideal candidates for relocation to an expended North Sea oil or gas field.

The move has been backed by the various agencies – from social workers to teachers, police officers and doctors – whose busy working lives are clogged up with the shit created by these scumbag families, along with the poor souls who have to live next door to them.

Communities Secretary Eric Pickles reassured the public that the estimated 120,000 families will not get any special treatment after they are dropped off on the derelict rigs with enough food to last ‘at least till Christmas,’ although he refused to confirm or deny reports that the families would get ‘subsidised gas or oil-based heating and free access to swimming areas.’