Afghan News: President Barack Obama made a surprise visit to Afghanistan this morning, where he addressed the US public live from a military base near the capital, Kabul. 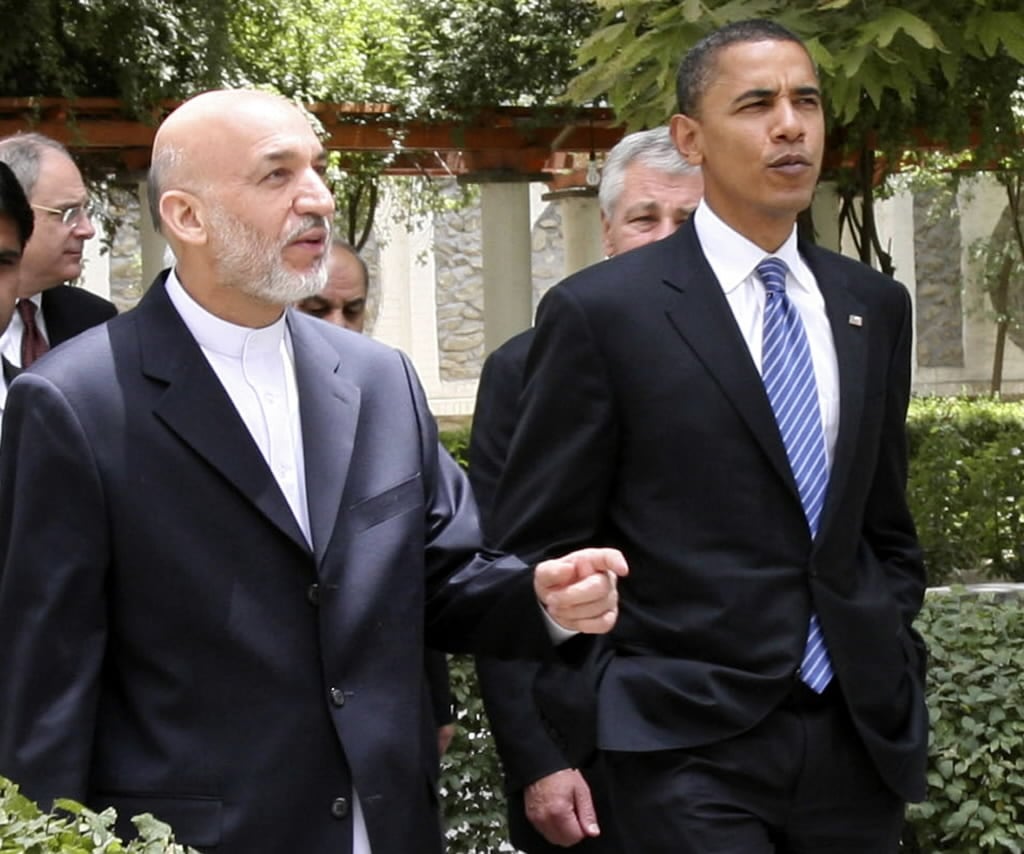 Speaking one year on from the assassination of Osama Bin Laden, the President finally outlined the upcoming schedule of cock-ups for US troops, which the White House has titled the ‘Roadmap to the Apocalypse.’

July 2012: Just as things look like they are calming down over Koran-burning, U.S. Army distributes free books to Afghan schools. Unfortunately they turn out to be unread library copies of Salman Rushdie’s The Satanic Verses.
Sep 2012: Accidentally light up the night sky over Kabul with a depiction of the prophet Mohammed ‘dressed as Mickey Mouse.’
Oct 2012: U.S. soldiers confuse a row of dead Taliban for a latrine and mistakenly film themselves urinating on them.
Jan 2013: New game show ‘Towelhead Wipeout,’ hosted by U.S. soldier who killed 16 Afghan civilians premieres on Fox News.
Apr 2013: Hamid Karzai’s daughter’s wedding party mistaken for insurgent meeting and wiped out by a US drone ‘smart’ bomb.

The U.S. government has pledged that the film rights to the repeated blundering will be sold to the highest bidder in Hollywood, where several early draft scripts have already been circulated to a variety of directors – amongst them Lars Von Trier, Sylvester Stallone and Hostel’s Eli Roth.