Poll shows UK will have forgotten about Syria ‘by March 2013’

Syria News: A new poll conducted by Mori has pinpointed exactly when the British population will have forgotten about the slaughter going on in Syria: March 2013. 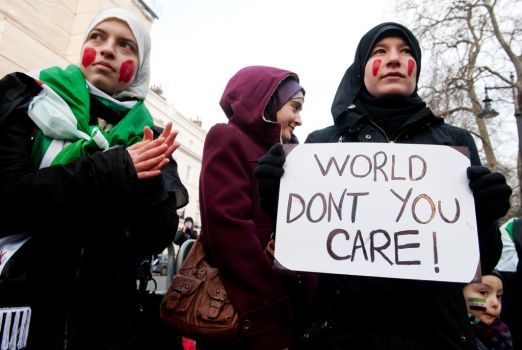 The UK has often failed to remember news stories of the recent past, as carnage abroad has often been superseded by important domestic events, like having a new kitchen put in.

The survey showed that people interviewed across the UK were preparing to be completely apathetic about whatever nasty thing is going on in Syria, and they will have collectively forgotten about it ‘by March 2013 – though possibly earlier, depending on whether that guy at work stops being such a prick.’

The poll found this same phenomenon surrounding ‘that Libya business’, an international event which made a brief claim on the public consciousness, but has since been pushed into the background by Mad Men Season 5.