Someone has ‘improved’ the Virgin Media poster

Prank Of The Week: Chris Haywood snapped this charming inclusion to the latest Virgin Media billboard campaign on a poster site in London’s New Cross this morning.

The regular slogan “Tim just realised his parents get HD channels at no extra cost” has been replaced with “I fisted your mum last night.”  (picture via~ Shit London) 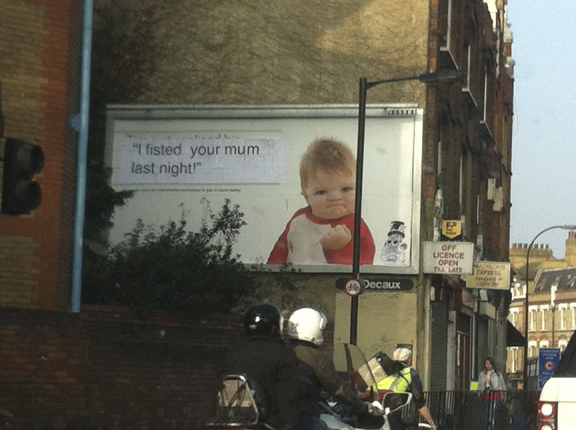 A second pic, of the same location, then surfaced thanks to Redditor QuackCandle078 – who tells us ‘this was outside my university.’ 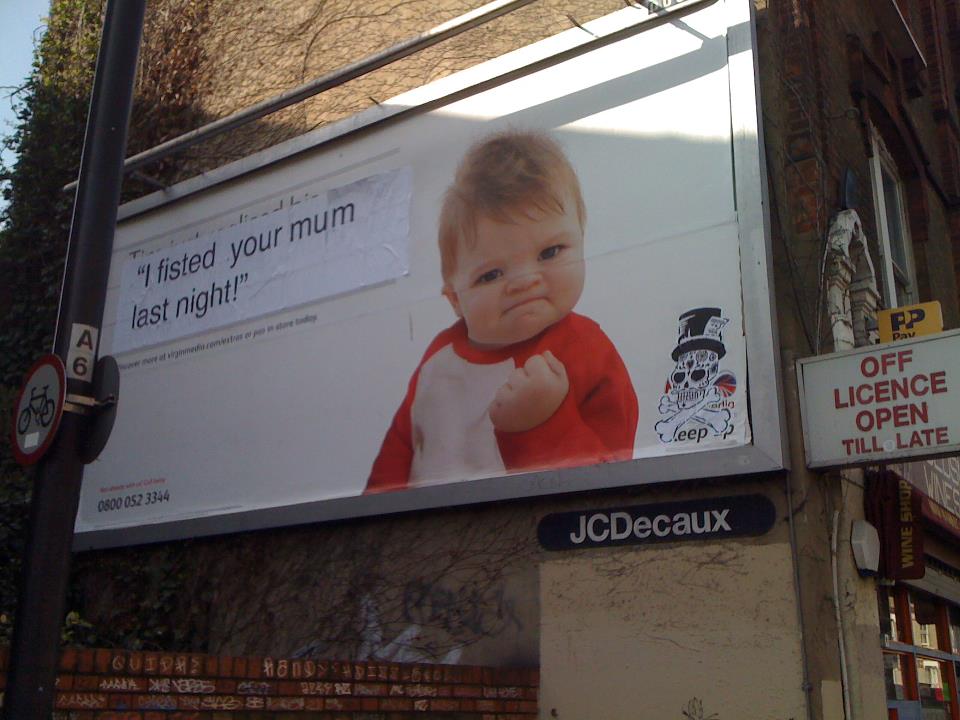 And so, my dear Holmes, we deduce that this is looking very much like a Goldsmith’s student project.

Whilst we doubt Virgin Media will be too amused by stunt, their ad agency almost certainly knew what they were getting themselves into with young ‘Tim’.

The star of the campaign has been plucked from the popular meme ‘Success Kid.’

He first cropped up four years ago in a holiday snap clenching a fistful of sand. The image was then swiftly repurposed, spreading far and wide across the web.

Here’s the original picture that Virgin media have hung their campaign on. 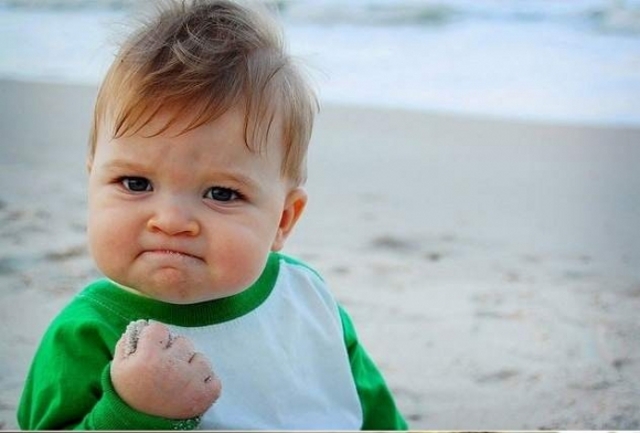 As Meme Generator notes; ‘This cheeky-faced, angelic babe showed up some time in early 2008 and spread like wildfire across several social media platforms. 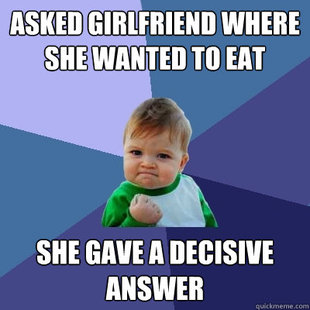 The determined expression on the child’s face struck a chord with viewers everywhere, and the image eventually morphed into the same photo with a different tagline.’ 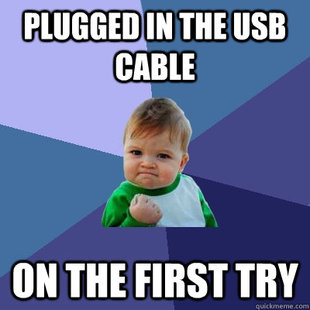 Virgin Media jumped on the bandwagon just before Christmas and made him their poster boy. 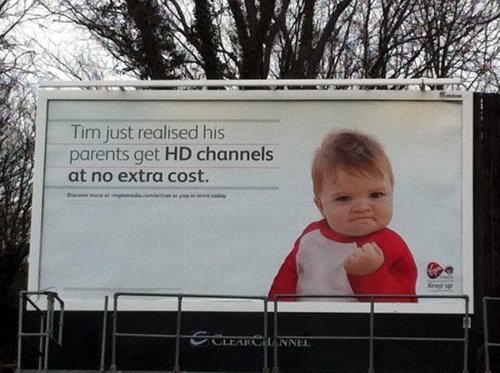 So frankly it was only a matter of time before someone got busy with their billboard – and we’re pretty sure it won’t be the last poster site to feature some amendments – because if you borrow from the internet – the internet absolutely loves to borrow back.

The History of April Fools Day