Music News: Fresh from making pop history with their US No. 1 album, boyband One Direction have outlined their plans to conquer the charts on Easter Island. 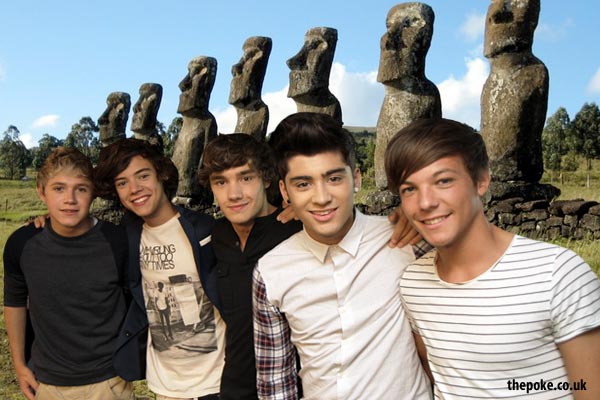 One Direction’s Liam, Harry, Zayn, Zorro and Sauron say that now they’ve conquered the US, they have their sights firmly fixed on topping the charts of the Polynesian island with a population of around 5,000.

“There’s also a clause in our contract that says we’re not allowed water or sleep until we’ve sold our album to everyone on Earth. When that happens Simon Cowell has promised us a quick, merciful death.”

Styles is optimistic about chart success on Easter Island.

“If they don’t like us I suppose we could always fashion a raft out of driftwood, and hope we end up in South America. Unless we die of dehydration or exposure first.”