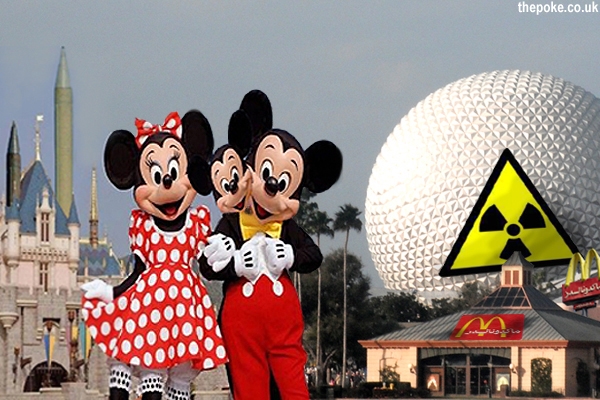 ‘We want to show the world – especially our good neighbours Israel – that our nuclear power is only for the children.’ said Mr Ahmadinejad.

The site features an Iranian-style castle with tall missile-shaped spires, and a special radioactive Mickey Mouse with a conjoined head, as well as a three-legged Minnie.

The Iranian leader said he hoped that the ‘open and heartfelt’ invitation would lead to increased co-operation between the two countries, and that school parties from Israel – especially the children of the political elite – would soon be able to visit the reactor core in the theme park’s centre. There they will be able encouraged to see for themselves the plutonium rods and cooling pools ‘up close’.