Royal News: Prince Harry has grown dreadlocks in order to ‘seamlessly blend in’ during his visit to Jamaica next month, his first solo overseas tour on behalf of the Queen. 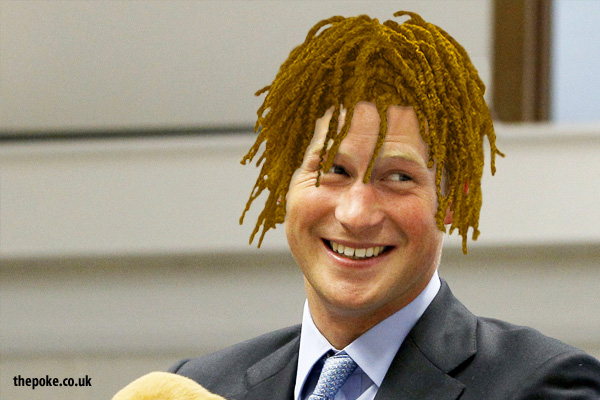 A Buckingham Palace source says the Prince has already bought a Red Stripe t-shirt in anticipation of the trip to Jamaica, part of a diamond jubilee tour of the Caribbean and Central America.

Harry has reportedly also learnt the lyrics to the 1977 Bob Marley hit ‘Jamming’ – as he plans to break the ice at parties by changing the lyrics to “We’re German / I wanna German with you, / We’re German, German / And I hope you like Germans too.”

The 27-year-old Prince is also expected to meet Jamaica’s PM, Portia Simpson Miller, who has previously proposed to removing the Queen as head of state to make Jamaica into a republic.

Royal insiders say that Harry has promised to ‘punch her in the bloody fanny’ if she says anything like that about his Grandmother to his face.

The Prince will begin his tour in Belize on March 2, moving on to Jamaica and the Bahamas before undertaking a trade mission to Brazil, where he intends to have his auburn man-thatch waxed.

How to remove ads from videos

Olympic ‘transport chaos’ to be turned into event