Rail News: Ministers have solved the problems over the controversial new high-speed rail line between London and Birmingham with a ‘workaround’ that will easily cut journey times to under one hour. 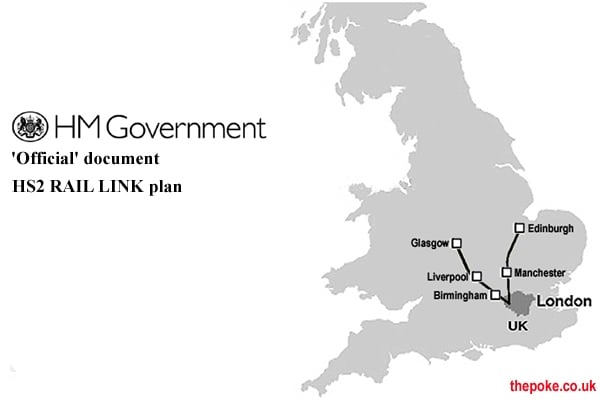 This first phase of H2C ‘V-sign shaped’ sections could be finished by 2026, with extensions further north later completed by 2033. The main thrust of the winning proposal involves Hemel Hempstead being renamed ‘Birmingham,’ Liverpool becoming ‘Oxford’, Glasgow being rechristened as ‘Birmingham,’ Manchester becoming ‘Cambridge’ and King’s Lynn being retitled as ‘Edinburgh’.

The increased budget costs – estimated at £32bn – will be offset by the closure of the West Coast Main Line north of the new Glasgow (née Birmingham), and the subsequent savings made from the selling of the existing track and rail infrastructure in that area.

The fine details of the plan do not reveal what the remaining Northern cities will be renamed as, although there is some speculation they may become part of the Conservative government’s favourite policy initiative of ‘managed decline.’