Met to clear Occupy London ‘with a giant fan’

Protest Latest: While the New York police department continues to receive criticism over their heavy-handed clearance of the Occupy Wall Street site, details of the Met’s plans to clear St Paul’s emerged today, designed to ‘prevent violence’ in front of England’s most famous church. 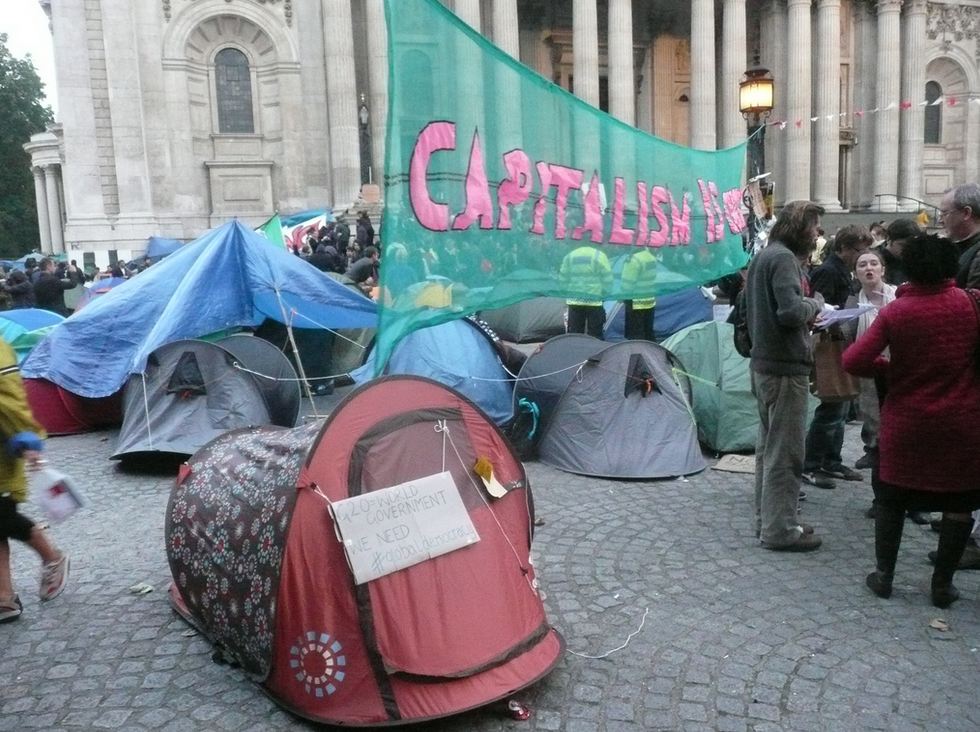 Enormous fans will be employed to simply ‘blow the camp away’ – and authorities are kicking themselves that they hadn’t thought of the idea earlier.

“The ground’s just pavement”, Metropolitan Police Commissioner Bernard Hogan-Howe told reporters, “the only things holding all that Eurohike to the floor are tins of Big Soup and a couple of grubby toddlers.”

“Some well-placed industrial fans would blow the protestors and their ‘principles’ right the way down the the Holborn Viaduct.”

The protestors themselves, however, remain defiant.

Jocasta Mungononaugh, 21 from Devon, speaking with a strange intonation as if every sentence was question, raged: “If they think they can move us on they can think again. I only have three hours of lectures a week at Warwick and term finishes next week anyway. I did hang gliding when I was doing a panda conservation course in Burma which was amazing so I won’t have a problem.”

What news anchors do during ad breaks