Science News: In a fifteen-page article due to be published in next month’s Nature, an author with no previous scientific background argues that he has proven a link between climate change and the disappointing size of his penis. 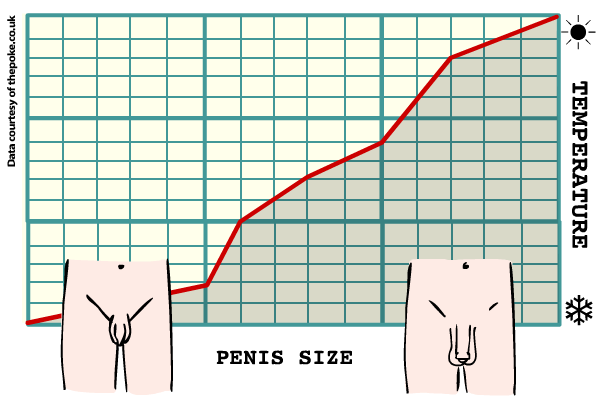 Amateur climatologist Sean Johnson charts a complex causal chain in which a plethora of meteorological and climatic phenomena such as greenhouse gases, melting glaciers, rising sea levels, hurricanes and droughts have resulted in ‘quantitive penile diminishment.’

Philip Campbell, editor-in-chief of Nature Publishing Group, has defended the decision to publish the piece without it being subjected to peer-review by the scientific community:

“Sean Johnson’s ground-breaking work must be read by everyone. I appreciate that the measurement, causes, and even the existence of climate change are divisive issues. Yet the idea that man-made global warming may explain a less-than satisfactory penis-size is something that can unite scientists, environmentalists and politicians behind a shared goal.”

Campbell dismissed a suggestion by climate sceptics that ‘Sean Johnson’ is the pseudonym of a high-level editor at Nature as “balls.”