NEW YORK: Kanye West has lent his support to protesters at Occupy Wall Street.  He’s chosen to express his feelings on global capitalism ‘spiritually’ and silently.

His spokesperson said: “He doesn’t want to make a statement, didn’t want to do any media at all, actually. He understands the idea of getting the money out of government, he wants to give power back to the people.”

The rap star looked on in £300 designer shirt and an array of solid gold bling.

Presumably his PR people had just fed him a large glue sandwich to block the usual gaffes and idiocy that come pouring out of the man.

He is currently well-placed to win our Celebrity Tweet of Year with this little beauty. 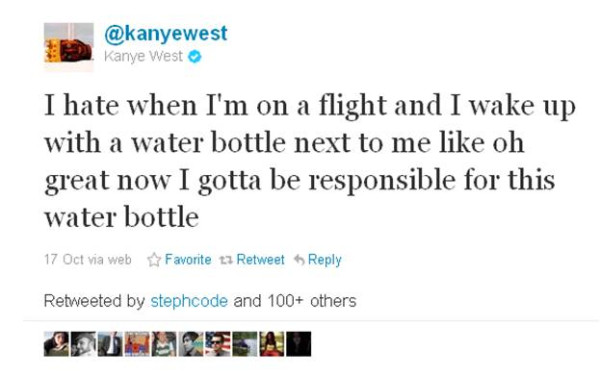