Conference Latest: Old and young, eurosceptic and europhile, ridiculous and stupid; Tories from both ends of the Conservative’s political spectrum stood together as one this afternoon to applaud their leader’s rousing speech as he painted an ‘optimistic’ picture of what lies ahead for Britain. 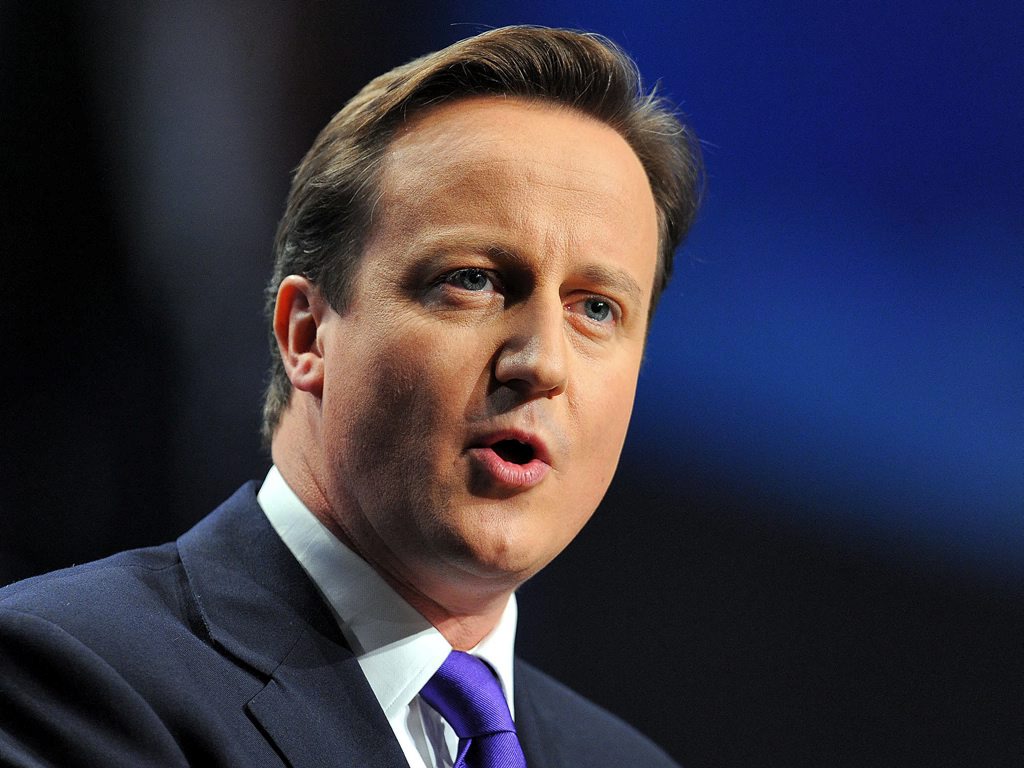 “Even though banks and governments get bailouts, people don’t. That just the way it goes. You will have to pay off your own debts while also, via taxation, pay off the debts of people who derailed the economy. That’s the reality. Get over it.”

“Make no mistake, conference, this government is about ‘tough love’,” said David Cameron, so impassioned that he took off his jacket. Then he not only rolled up his sleeves but ripped them right off, facing his own party like an Aussie rules player in court. “Because Conservatives love to get tough.”

“And if you don’t like the pain, then in our new ‘right to buy’ scheme, you can buy your share of the pain and sell it off as a bond of pain, or, as we call it, bondage.”

“And once the British people have learned to say ‘thank you’ for a good public spanking, yes, there will still be an enormous depression that we are powerless to prevent, and yes, that will be followed by a horrendous period of global war, but conference, after that, it will be like the 1950s: peace, big shiny cars and rock ‘n’ roll!”

Cameron then did a scissor kick as he strummed an air guitar, provoking wild applause.

“What Tony – I mean David – said today is what we all feel,” commented one party member.

“And that is ‘SHIT!!!!’ But he managed to harness that energy and recapitalise it into a message of optimism. Maserful.”

Knox back in U.S and ‘struggling to find flatshare’