Music News: Urbane star Tinie Tempah is following in the footsteps of P. Diddy, Prince and Lord Lucan by changing his name – just when everyone was getting rather familiar with it. 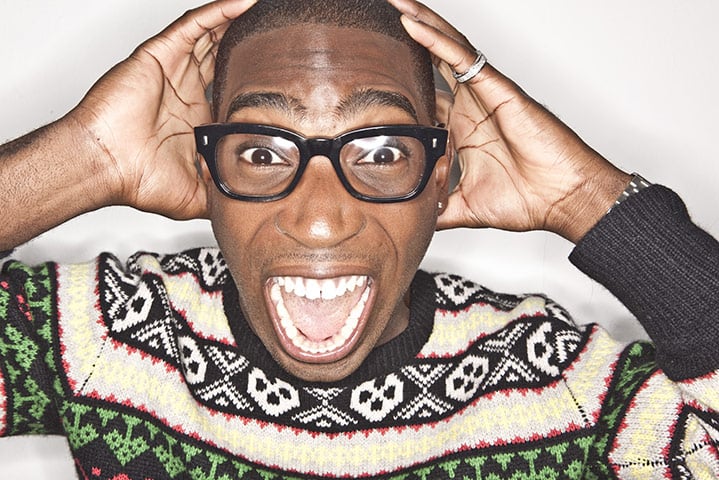 “The thing is, right,” said the underground pop maverick, “the thing, right, is that I’m not that tiny really, I’m five foot eleven, which is pretty average. I have got a bit of a temper, but again, it’s not that tiny. It’s about average.”

Working through the night with record company bosses, focus groups, flow charts, chart groups, flipped coins, mood shoes and an antique ouija board, the nightclub warlord and lyrical tailor finally settled on a brand new name just as the sun was coming up: Massive Tantrum.

“Now the thing is, right, I’m not that massive either. Five foot eleven, like I said. About average. However, my ambition is massive, my beats – both inside and outside of my beatmachine – are massive, and my prize-winning aubergines are supermassive. Now let’s say you steal one of my vegetables, right, and make an bootleg white label ratatouille with them, then, yes, I would have a tantrum. Hence the name.”

Saudi women get right to vote for men