Fears over ‘Twanking’ incidents ahead of panto season

Twanking News: Police have expressed concerns over the internet phenomenon of ‘Twanking’ – when people dressed as Widow Twankey post pictures of themselves in unusual locations. 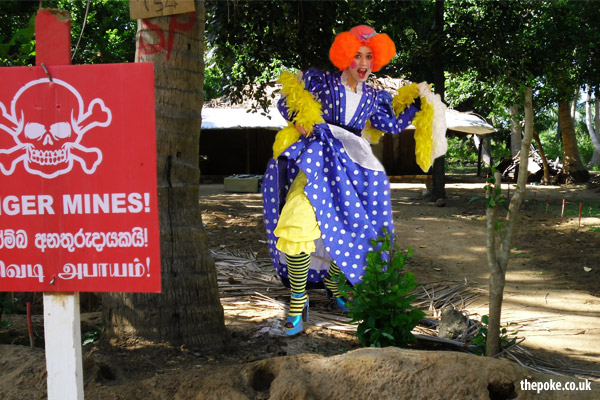 “It may seem like harmless fun,” said DCI Edison Trough of the Serious Fancy Dress Squad. “But experience tells us that dressing up as a dame can easily be a gateway to much harder pantomime characters, like the giant from Jack and the Beanstalk, or the dwarf that strangles women in Snow White.”

Concerns about the fad have grown after a U.K backpacker lost both his legs last week after trying to Twank on a minefield in Cambodia.

77 Signs and Notices That Deserve A Wider Audience