Alien News: Investigators into the paranormal were astounded yesterday when an epic 300 foot set of crop markings appeared overnight in a field in Compton Bassett, Wiltshire. 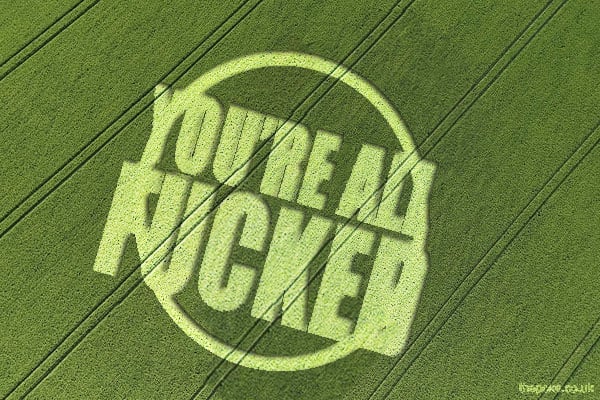 “Even scientist agree that this could not have been the work of man,” says Search for Extra-Terrestrial Intelligence (S.E.T.I.) director Lucius Ginsberg.

“For years we have speculated about the possible nature of first contact – would it be a hostile act, or a message of peace? Interestingly these markings seem to express a rather vague sentiment, open to various interpretations.”

“It’s clear that smarter minds have been at work in this area for some time. A few years back one of my harvesters was found in the middle of the North field, with the radio left on, tuned to Kiss FM. Highly irregular.”

“You can’t normally get Kiss out here.”