World News: Following the revelations of fake Apple and Ikea stores in South West China, a complete ‘working’ copy of the United Kingdom has been discovered in the same region. 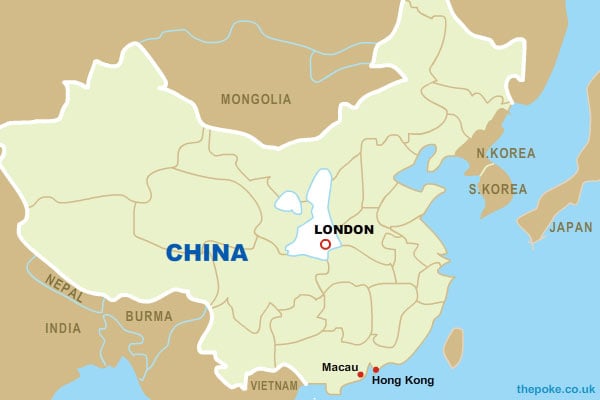 The country – minus the Isle of Man – has been discovered in the little known Chongqing province in the heart of the country. It is believed to be on the same size and scale as the real Britain and features exact copies of our social, education, welfare and economic systems – but with one crucial difference – they actually work.

In the counterfeit UK there is no transport chaos, house prices are fair and bankers and CEO’s of major corporates receive pay packages that are only 20 times higher than the lowest paid employee.

Children are brought up by loving parents who aren’t just interested in money and their careers, and participate in a schooling system that is purely meritocratic.

It is thought that the Chinese government built the fake UK as an experiment to see how democracy in the western world would work in their country, but tweaked the design to attain better results.

There has been no comment from Beijing so far, but it’s believed that a fake Greece and a fake Portugal are also being developed somewhere in China, and will be ready for sale to the European Union later this year.