BBC News: A prominent BBC News sign language interpreter has been sacked after complaints from deaf people revealed that she was ‘sometimes embellishing, sometimes just making stuff up.’ 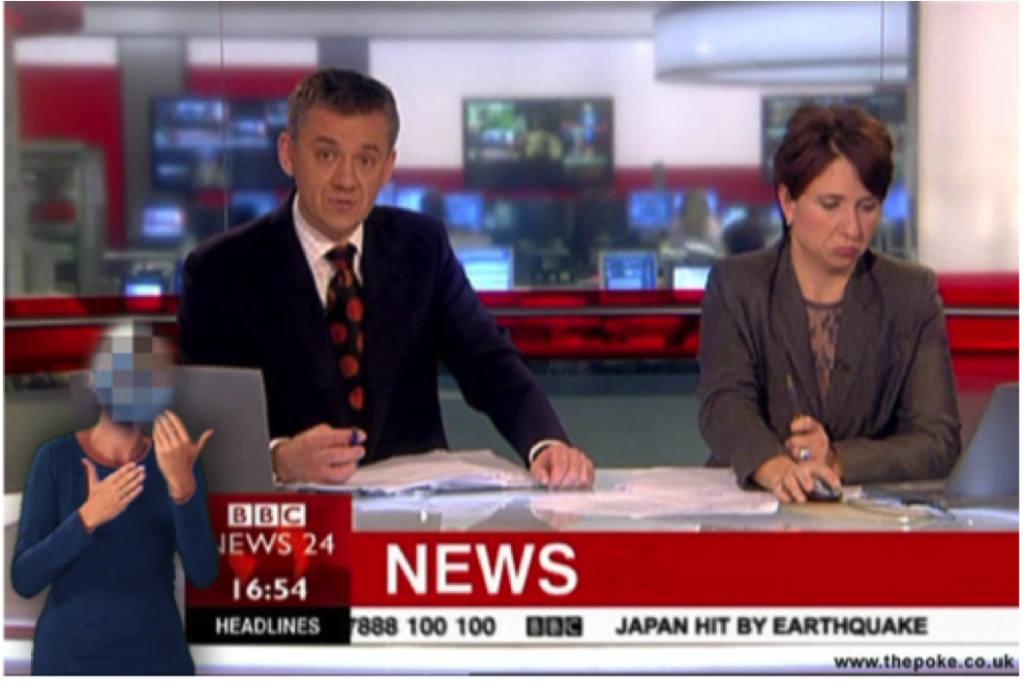 Leslie Grange, 32, has been a sign language interpreter for seven years. In a statement today she cited ‘personal difficulties – particularly a crushing professional boredom’ as to why, over the past six months, she had started deviating from what was actually being reported, giving deaf viewers an often ‘wildly different version of events’.

“Questions started to be raised around the time of the Japanese earthquake when several viewers emailed us to complain about our reports of radioactive zombies sighted near the nuclear reactor. We dismissed them as some sort of organised hoax.”

“However, when there were similar numbers getting in touch to ask if Rebekah Brooks was really in trouble for raping a monkey, and why the BBC was claiming that, as a special summer treat, the Prime Minister had told the nation’s teenagers they didn’t have to pay for anything any more, we realised something was wrong.”

“I would like to apologise to everyone in the deaf community,” Grange told reporters today, “though when I had Cameron tell Obama “your statesmen-like profile leaves my willy plump” – well, frankly I don’t think that is so very far from the truth.”