Legal News: A small family firm of bouncy castle manufacturers face ruin today after lawyers representing pop sensation Beyoncé Knowles announced their intention to sue for three million pounds over the ‘unlicensed use of the singer’s name and image’ on their most popular product: the Beyoncé Castle. 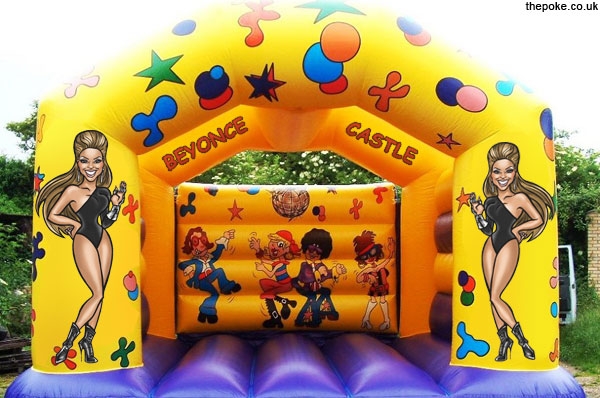 “It’ll be the end of us,” said boss Peter Bunlow today, who inherited the firm from his father and who employs his three sisters, all their adult children and a cousin from Germany.

“We’re looking into our options, but there is no way we can afford to go up against these guys in court. We’ve tried to appeal directly to Beyoncé herself through twitter and whatnot but we’ve heard nothing back. We’ve offered to stop production, even recall the ones we’ve sold, but as far as her lawyers are concerned it’s ‘no mercy’”

“Basically they’re out to destroy us – and what for? Giving a few kids a good time? If I’d have any inkling there would be this much trouble I would never have gone near the Beyoncé Castle concept in the first place. How was I to know? The Roy Castles never gave us any grief.”