UK News: Miles Rightly, originally of Whitehaven, Cumbria, was facing a substantial fine today from the London borough of Haringey for letting his dog repeatedly foul the footpath and then ‘sticking little flags in it’. 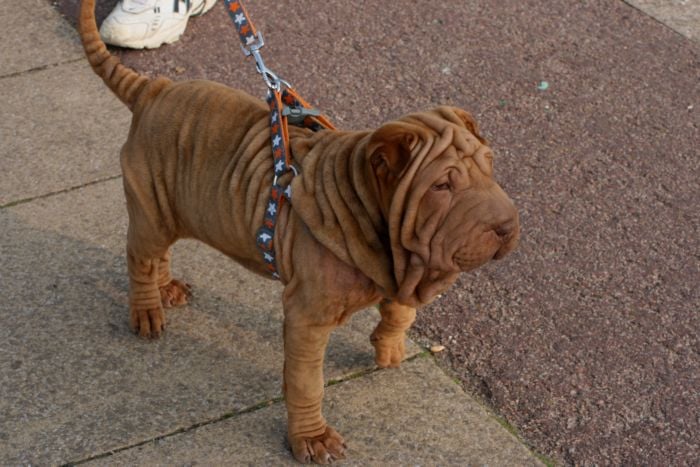 While local residents had been complaining to the council for weeks about the sudden appearance of the flags, it was only an examination of CCTV footage that lead to the identification of Mr. Rightly.

Haringey Magistrates Court was told that Rightly ‘always took a bag of flags with him’ whenever he went out with his dog, a rare breed Shar Pei named Hoops.

The flags, made from cocktail sticks and printed triangles of paper, said ‘Welcome To Cumbria’.

Mr. Rightly denies the charge, insisting that as he never remembered to bring a plastic bag with him, the flags were only to remind him “which mess was Hoops’ mess” when he came back later to clean it up.