Technology News: In a move designed to increase both personal freedom and levels of surveillance, the Iranian government has launched a new social networking website for its burka-wearing citizens: Slitbook. 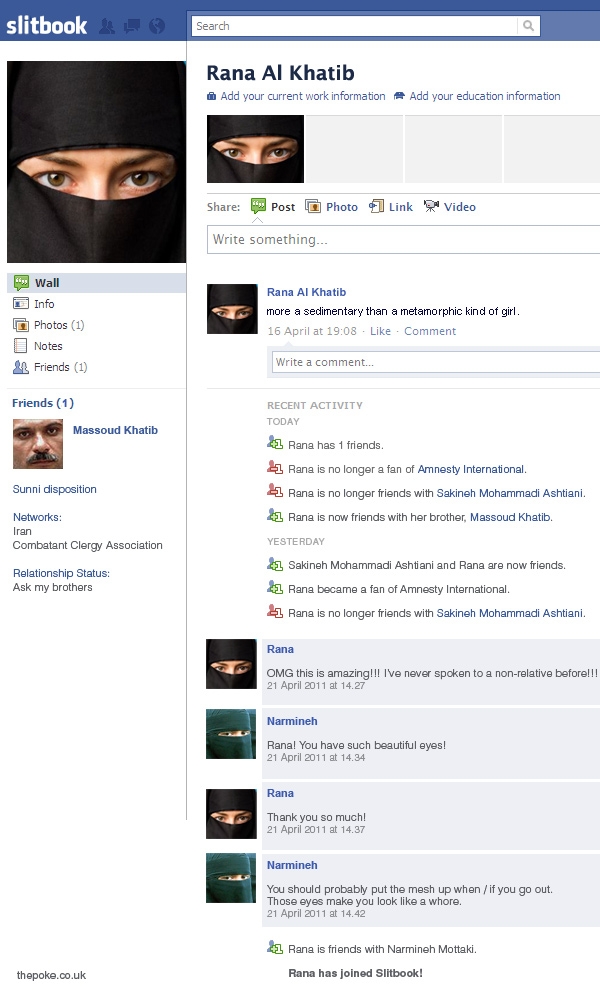 With tensions erupting across the Middle East, Slitbook has been seen as a conciliatory move from a government notorious for its oppressive regime and appalling treatment of women.

The website, developed in conjunction with Facebook entrepreneur and privacy specialist Mark Zuckerburg, allows women, who often have no idea what their Slitbook friends actually look like, to stay in touch with each other while male family members are watching.

“It’s great” explains Rana Al Khatib as she logs on. “Previously my social life was limited to my pet cockroach and being beaten by my brothers. Now I can be virtually oppressed by virtually anyone!”

Slitbook has already been banned in France, where posting a picture of yourself in a burka on Facebook is illegal. Pictures of women in burkas found on French-hosted websites are being removed by the government and replaced by pictures of Carla Bruni with her kit off.

Despite such adverse reactions in the West, Slitbook is enjoying massive success not only in Iran but across the region. However, it remains to be seen whether the Iranian government’s much-vaunted microblogging site Slitter will take off in quite the same way.