Bruce Forsyth finally released back into the wild

TV News: Today in Epping Forest, British all-round entertainer Bruce Forsyth was released back into the wild. After 81 years in celebrity captivity, he timidly emerged from his travelling container, sniffed the spring air, and danced into the trees with a hop, skip and a shuffle-step.

Onlookers report that he glanced briefly at a nearby jeep where Strictly Come Dancing co-host Tess Daly looked tearfully on – but then, hearing the coo of a distant pigeon, he wrinkled his nose, preened his silver moustache, and was gone. 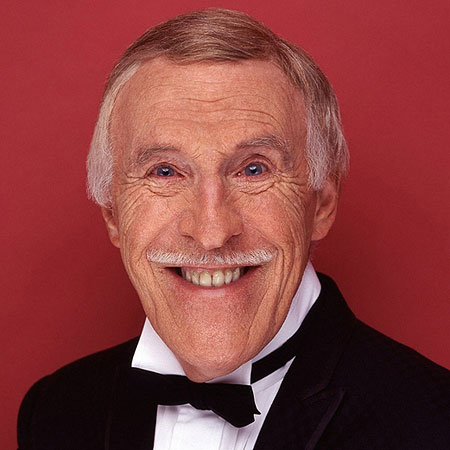 BBC Director-General Mark Thompson said it was a day of mixed emotions for the corporation.

“Brucie was picked up by the BBC in Essex woodland back in 1930. He was very underweight for a 2 year old. He must have been separated from his kind during a rerouting of what is now the A414, and become frightened.”

“Brucie approached a BBC admin clerk at a bus stop, sniffing for biscuits – he seemed to lack the necessary survival instincts to make it in the wild.”

“The then chairman of the BBC agreed, so Brucie was taken in and trained for light entertainment.”

“He soon started eating independently and putting on weight. Later he began dancing around and singing in that weird voice. The rest is history. It’s almost like he’s one of us now. We will miss him dearly.”