Technology News: Google take global mapping to the next level today as they roll out StreetJudge™ – a feature which allows StreetView users to find out more about where they live or where they are planning to go.

The system, which has accidentally compiled millions of gigabytes of residents’ information by interception of their wifi and mobile signals as well as internet logs, processes the data into a compendium of household behaviour. 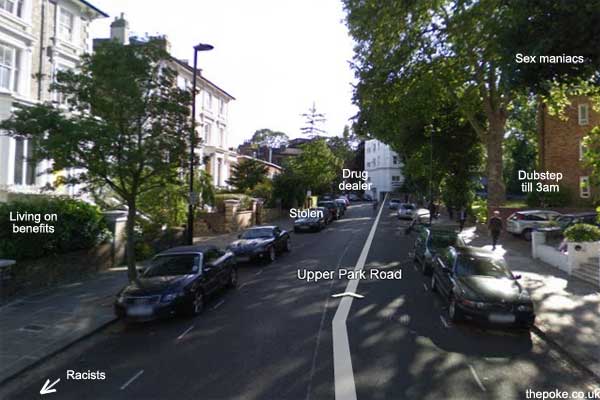 While commentators from the Daily Mail and Daily Express are calling it “the dawn of a brave new world”, civil liberties groups are up in arms about this latest attack on the much-eroded concept of privacy.

An avalanche of law suits is expected as individuals and institutions alike take offense at StreetJudge’s ‘judgements’.

David Cameron said he was ‘disappointed’ at its description of Parliament as a ‘private country club’ while Buckingham Palace has strongly objected to ‘immigrants living off the state.’

>> Next >> Stress Levels in the Red Arrows ‘Unacceptable’