Monopoly, the iconic board game that for decades has instilled the values of aggressive capitalism into the young, joined forces today with the hit TV show ‘The Wire’. 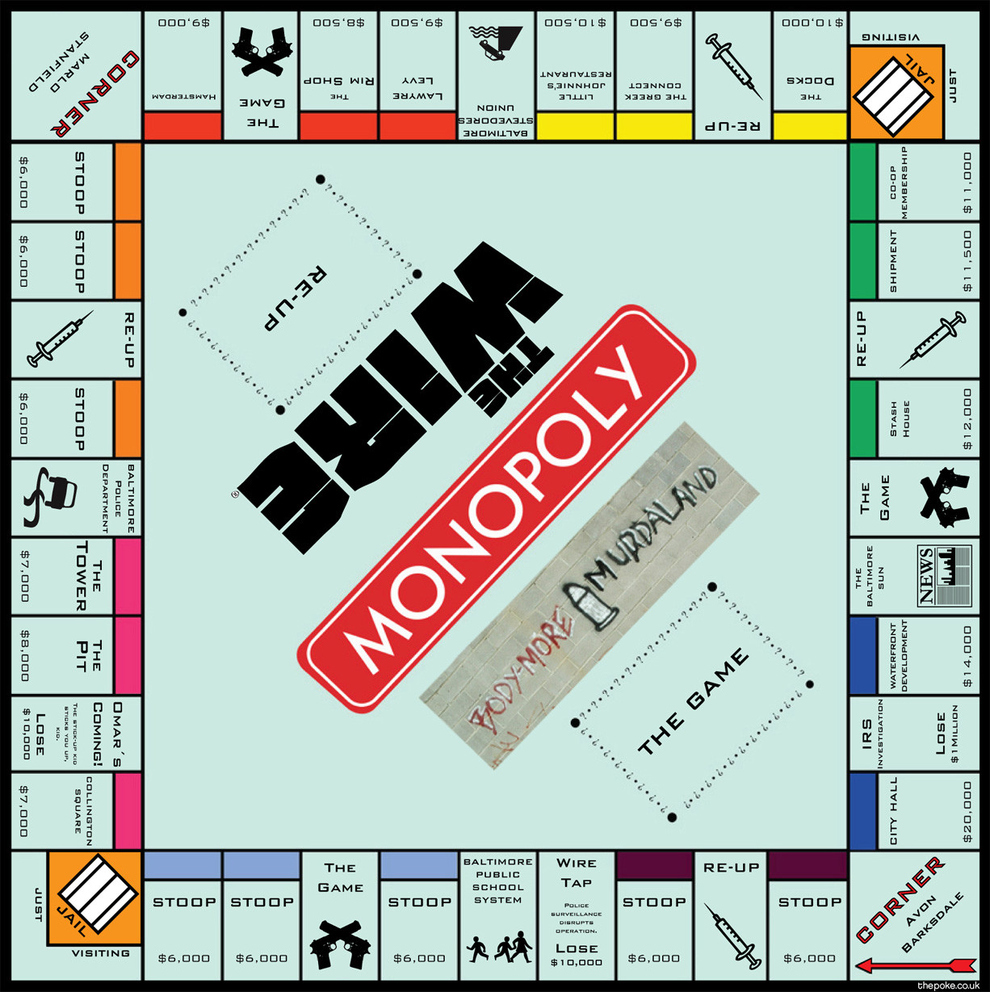 Based around the journey a young gangster might take through the fictionalised Baltimore of the show, players move from corner to stoop, past institutions featured in successive series like the school system and the stevedores union, acquiring real estate, money and power before ending up at the waterfront developments and City Hall itself.

“Where the original game has ‘Community Chest’ and ‘Chance’,” McDougall continues, “we have ‘Re-up’ and ‘The Game’ which reflects the chance element of life on the streets. If you draw a ‘The Game’ card you might for instance get ‘Prop Joe calls a meet – go straight to Collington Square’ or ‘Drive-By! You get shot. Miss a go’ or even ‘Chris and Snoop are looking for you! Hide! Miss 2 goes.’”

“We hope The Wire Monopoly game will go down well not just with fans of the show, but everyone who secretly wishes to be a poor violent black drug dealer from America.”