Pioneering bachelor geneticist ‘in love with clone of himself’ 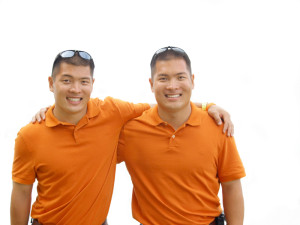 Controversial Hawaiian geneticist Dr Salvatore ‘Skip’ Bruno has revealed that he is in a serious relationship with one of his own clones. In an interview with French newspaper Le Monde, Skip responded to a question of whether he intends to settle down and finally have children ‘the old-fashioned way’ by revealing that he not only has cloned himself on numerous occasions, but that he has fallen in love with one of the identical duplicates, known as Salvatore-01Gf, who reciprocates his creator’s feelings ’97.3 percent’.

‘Look, I’ve been with a lot of clones,’ says Dr Bruno, ‘each one was a human embryo gestated in the womb of a goat and matured to adulthood using powerful growth hormones. They were all great guys. But Salvatore-01Gf is different. He really gets me. It’s not just empty passion. It’s like making love to myself. In fact, it is actually making love to my exact same self. As for kids? We’ll adopt, or better still – we’ll clone an infant me, using less of the growth hormones. Easy.’ Evolutionary scientist and outspoken atheist Dr Richard Dawkins has welcomed the news, placing himself at the top of the waiting list for a love-clone. Meanwhile, a Vatican spokesman has announced that the Pope and senior Cardinals are currently debating which particular aspect of Dr Bruno’s nightmarish revelations to condemn first.